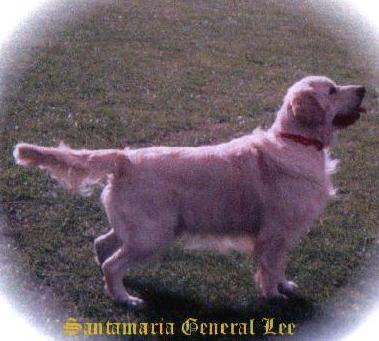 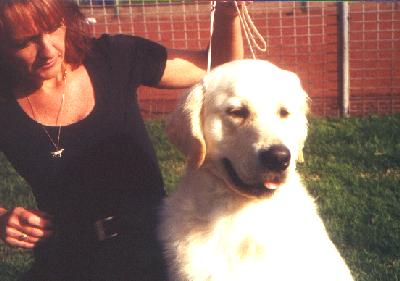 Achievements:
“Maximus” started his show career of extremely well and has gained many In Show and In Group awards at all levels. He has been placed at every Royal & Breed Speacialty. He gained His first Challenge at only 6 months of age and is now has his title in both Australia and New Zealand. Max has a son in New York we are watching-he should be in the show ring next spring, and looks quite promising. Being from the Best Australian & English lines “Max” has already proven himself to be a superb stud dog, siring three litters by the age of 16 months all of which were natural matings. Max is now being shown in New Zealand. A few recent accomplishment include Challenge Dog at the Wellington Golden Championship Show inder breed specialist judge Delma Marshall from NSW. He was also Challenge Dog at another major NZ show under Beryl Hession, Goldtreve Goldens NSW.