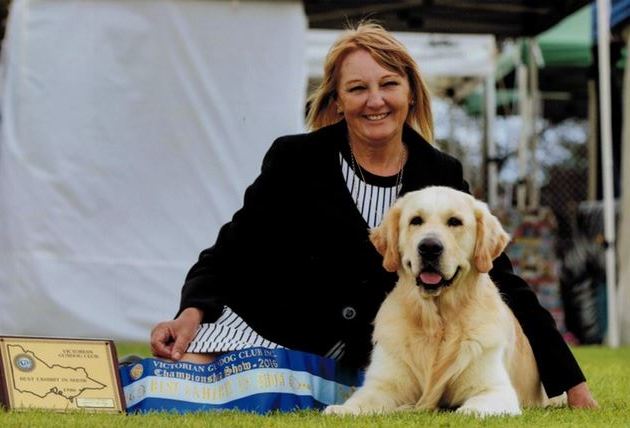 Achievements:
Harvey is now a Supreme Champion and a Dual Grand Champion in Track and Search. He won the Golden Retriever club of Victoria’s Intermediate of the year for 2014 and 2015. He also holds obedience titles Community Companion Dog and Rally Novice. He is beauty and brains. Harvey won Best in Show at the Victorian Gundog Show 2016 and Best of Breed at the Royal Melbourne Show 2017. He also won dog challenge at Adelaide and Melbourne Royals in 2019. As there is no more Harvey can achieve in Track and Search he is being trained in scent work and tricks. This will be his 2020 projects. Harvey is the most titled golden retriever in Australia and the best pet anyone could own.